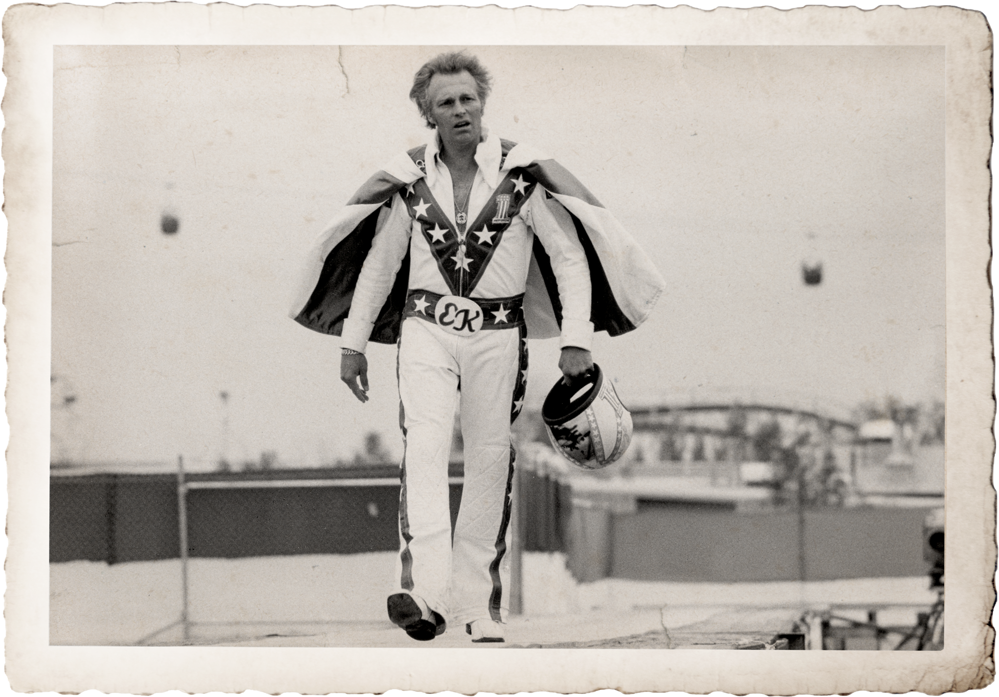 this is a test

Evel Knievel was born Robert Craig Knievel in 1938. As a stunt performer and entertainer, he attempted more than 74 ramp-to-ramp motorcycle jumps. Evel Knievel debuted himself and his daredevils (hired performers) in January 1966. He gained popularity through the years 1966 and 1967 with each successful jump and stunt he did.

In December of 1967, he attempted his most legendary jump of his career - the Evel Knievel Caesars Palace jump in Las Vegas. The jump was the longest attempt of Knievel’s career on a motorcycle of 141 feet. He took off and all seemed great – until the landing. He came up short and the handlebars tore out of his hands and he tumbled over them onto the pavement. Knievel suffered a crushed pelvis and femur, fractured hip, wrist, and both ankles, and a concussion that landed him in a coma for 29 days.

Another stuntman, Gary Wells, attempted the same jump on the fountains 13 years later, in 1980. He missed the landing ramp, which resulted in him crashing. He broke his back and both legs, both of his lungs collapsed, and his aorta tore from his heart. But he survived!

9 years after Gary Wells’ failed attempt, and 22 years after his father’s failed attempt, Robbie Knievel attempted the infamous Evel Knievel jump at Caesars Palace in 1989. This time, it was 170ft – which was the longest jump of Robbie’s career. He sped onto the ramp and jumped off of the fountains and LANDED IT! HE MADE IT! Robbie was, and still is, the only human to ever conquer the fountains.

Evel Knievel was alive to see his son avenge his failed jump attempt, which makes it all that much cooler! Sadly, Evel Knievel died in 2007, at age 69, but his legend lives on forever! 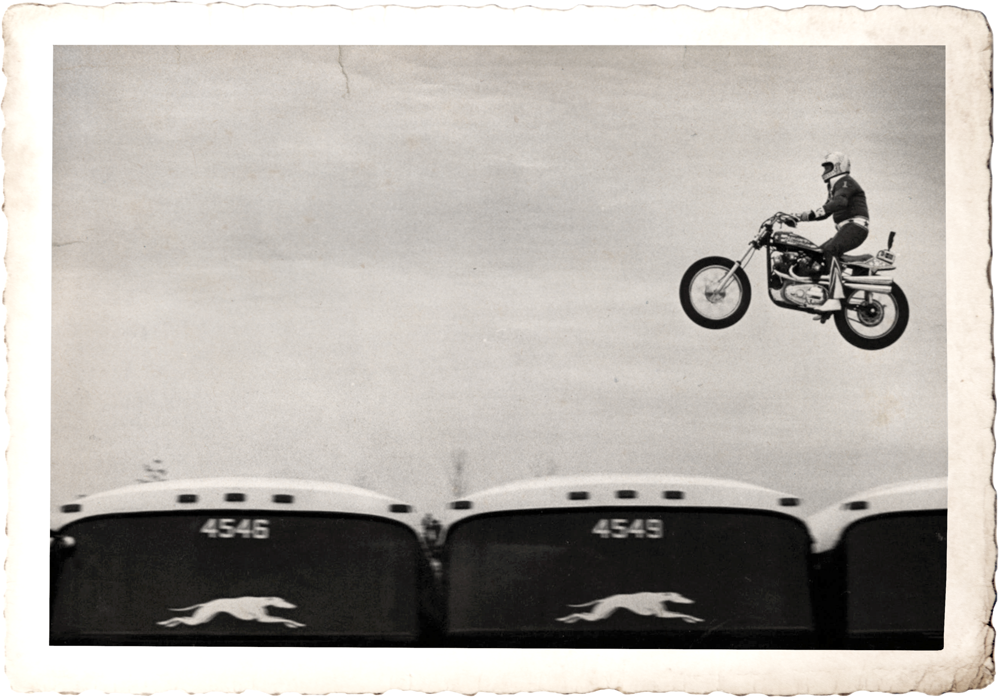